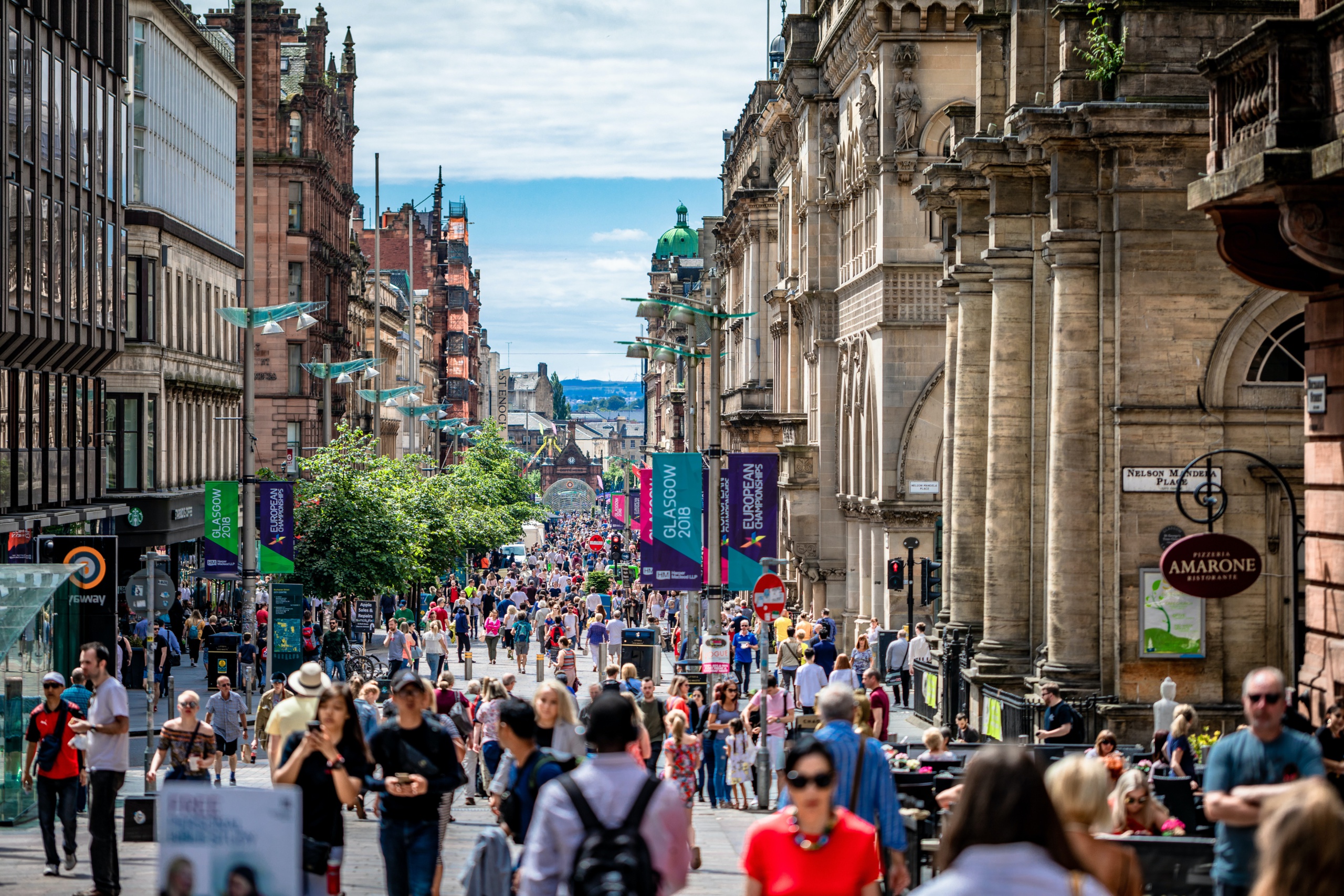 During the pandemic much of retail bounced between being open and closed, significantly impacting sales and changing consumer behaviours. In March 2020, non-essential retail stores began to close and in March 2021, Scottish retail was in lockdown, pushing many consumers to buy goods online. In this context, all comparisons are provided on a year-on-3-year (Yo3Y) basis, we have also included comparisons with March 2021 (YoY), where relevant. This will be clearly signposted below.

Sales figures are not adjusted for inflation. Given that both the March SPI (BRC) and February CPI (ONS) show inflation running at historically high levels, a portion of the sales growth will be a reflection of rising prices rather than increased volumes.

Ewan MacDonald-Russell, Head of Policy | Scottish Retail Consortium
“March sales sparkled compared to recent months as shoppers returned to spending. This is the first time sales have been close to pre-pandemic levels since the Covid crisis hit and coincides with the removal of nearly all Scottish Covid restrictions. However, these improved figures are at least in part a result of rising shop prices as retailers grapple with a host of inflationary costs.

“Food sales rose by six percent in March driven by higher inflation alongside customers focusing more on eating at home than at eateries. The first Mother’s Day in three years where Scots could visit family led to strong food sales as well as a boost for fashion and beauty lines. Retailers also noted the endemic supply challenges had eased slightly this month; helping furniture and electrical shops.

“Whilst these sales figures are encouraging, the economic storm clouds continue to concern retailers. Costs continue to rise and will worsen in April as non-domestic rates bills return for many retailers. Rising inflation means prices are likely to continue rising, which will put immense pressure on households discretionary spending which has significant implications for many retailers.”

Paul Martin, Partner, UK Head of Retail | KPMG
“Retailers will be glad to see sales in Scotland reach pre-pandemic levels for the first time since the health crisis began. While this is promising, it’s too early to call this a return to normality given the cloud of geopolitical and macro-economic uncertainty which has the potential to dampen consumer confidence and spending power in the months ahead.

“As households feel the pressure, retailers are facing their own battle with rising costs and inflation, and are walking a tightrope between absorbing rising costs themselves or passing these on to consumers. Successful retailers will continue to maintain a clear understanding of their customer, what they want to buy and how, whilst balancing attention on areas that can yield cost and efficiency gains. It remains to be seen whether or not consumers will reduce physical and virtual spending to offset rising household bills and reduced household incomes.”

Major new report from UK Music outlines plan to harness the power of music to transform health, wellbeing and communities

Major new report from UK Music outlines plan to harness the power of music to transform health, wellbeing and communities