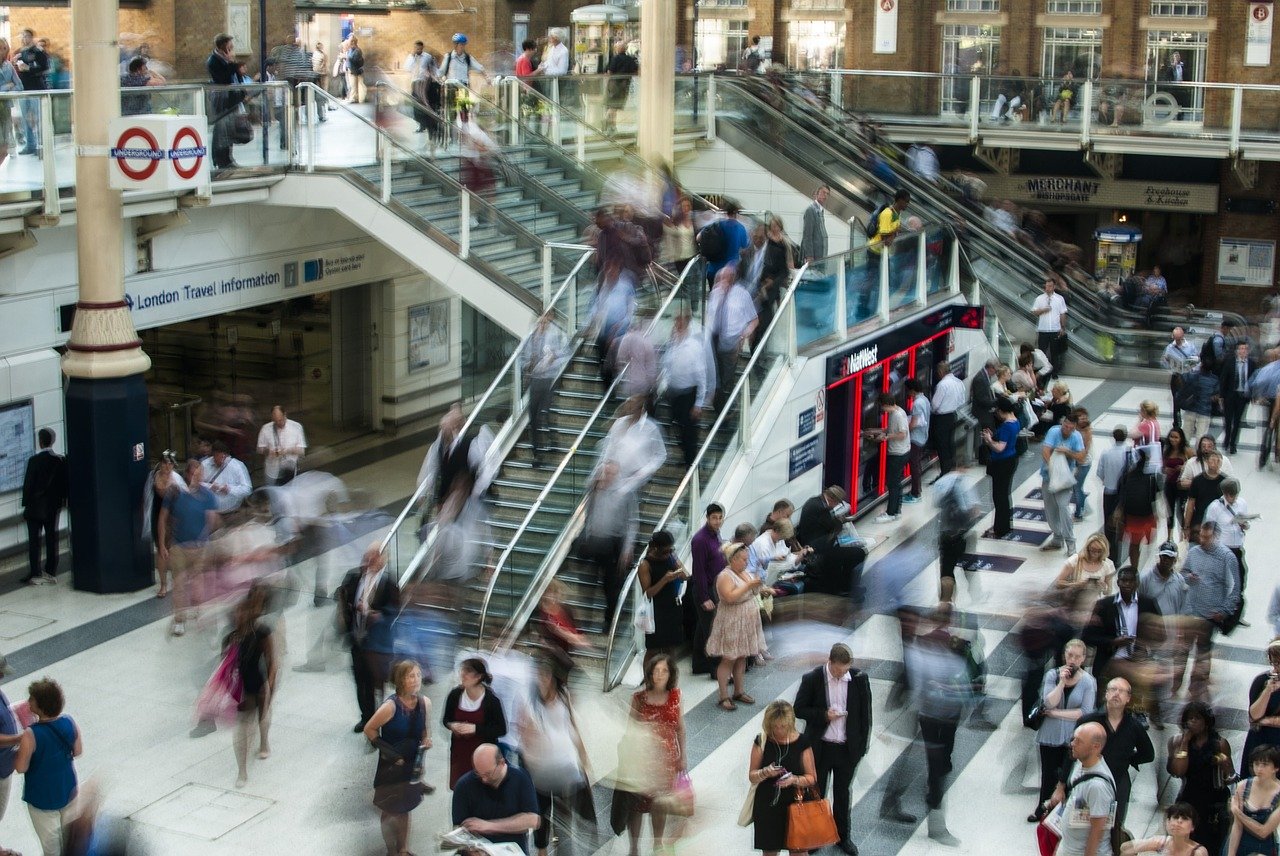 The UK unemployment rate reached a more than four-year high of 4.9% in the three months to October, according to a release by the Office for National Statistics this morning. This is 0.7 percentage points higher than during the previous three-month period ending in August and 1.2 percentage points higher than a year earlier. It is important to remember that the labour market figures continue to be distorted by the fact that furloughed workers are not included in the unemployment estimates. The number of redundancies jumped to a record high of 370,000 in the three months to October, while early estimates indicate that the number of payrolled employees fell by more than 28,000 in November.

In the three months to October, the cost to employers of retaining staff under the Coronavirus Job Retention Scheme increased considerably. From 1st August, employers were required to cover furloughed employees’ national insurance and pension contributions and from 1st September, they were also required to cover 10% of furloughed employees’ wages. This amount was increased to 20% from 1st October. Therefore, part of the surge in redundancies will reflect the effects of a less generous furlough scheme, which will have meant that it was untenable for some employers to retain staff given the challenging business environment. With some semblance of normality on the horizon following the approval of effective COVID-19 vaccines, businesses will also be re-evaluating their workforce needs in the years ahead. Even once restrictions are lifted, many individual businesses will remain in a fragile state, which may induce them to scale back their workforces and adopt a more conservative approach to hiring in the aftermath of the crisis.

As parts of the economy re-opened during the summer months, millions of employees were brought back to work from furlough. Since payments to furloughed workers are capped at 80% of previous earnings (up to a monthly limit of £2,500), the return of furloughed workers has significantly increased average earnings. In the three months to October, average weekly earnings (including bonuses) were 2.7% higher than they were during the same period last year. This figure belies considerable variation between industries. In the services sector, the annual rate of average earnings growth was 3.4% in the three months to October, while in the manufacturing and construction sectors, year-on-year pay growth stood at just 0.3% and -2.2%. This represents a real terms decline in earnings for workers in these sectors.

The extension of the furlough scheme until the end of March next year means that, when government support is eventually lifted, businesses will be in a stronger position to retain their employees. This is conditional, of course, on the successful roll-out of the COVID-19 vaccine and subsequent improvement of economic conditions. Therefore, developments in the coming months will likely reflect a gradual restructuring of the labour market, rather than a dramatic spike in unemployment following a cliff-edge withdrawal of government support. Cebr forecasts that the UK unemployment rate will peak at 6.9% in Q2 2021, before sinking to an average of 5% in 2022. 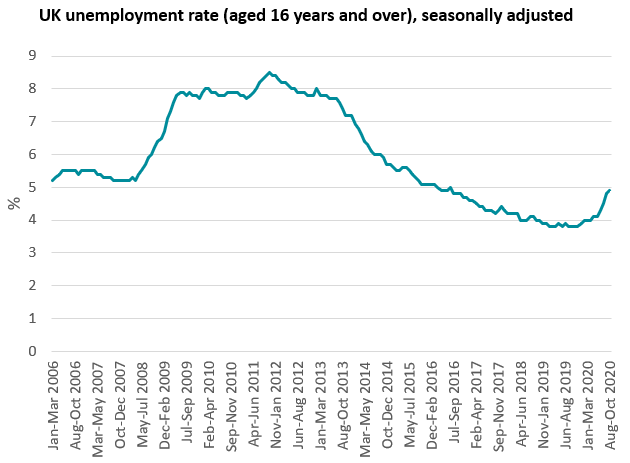