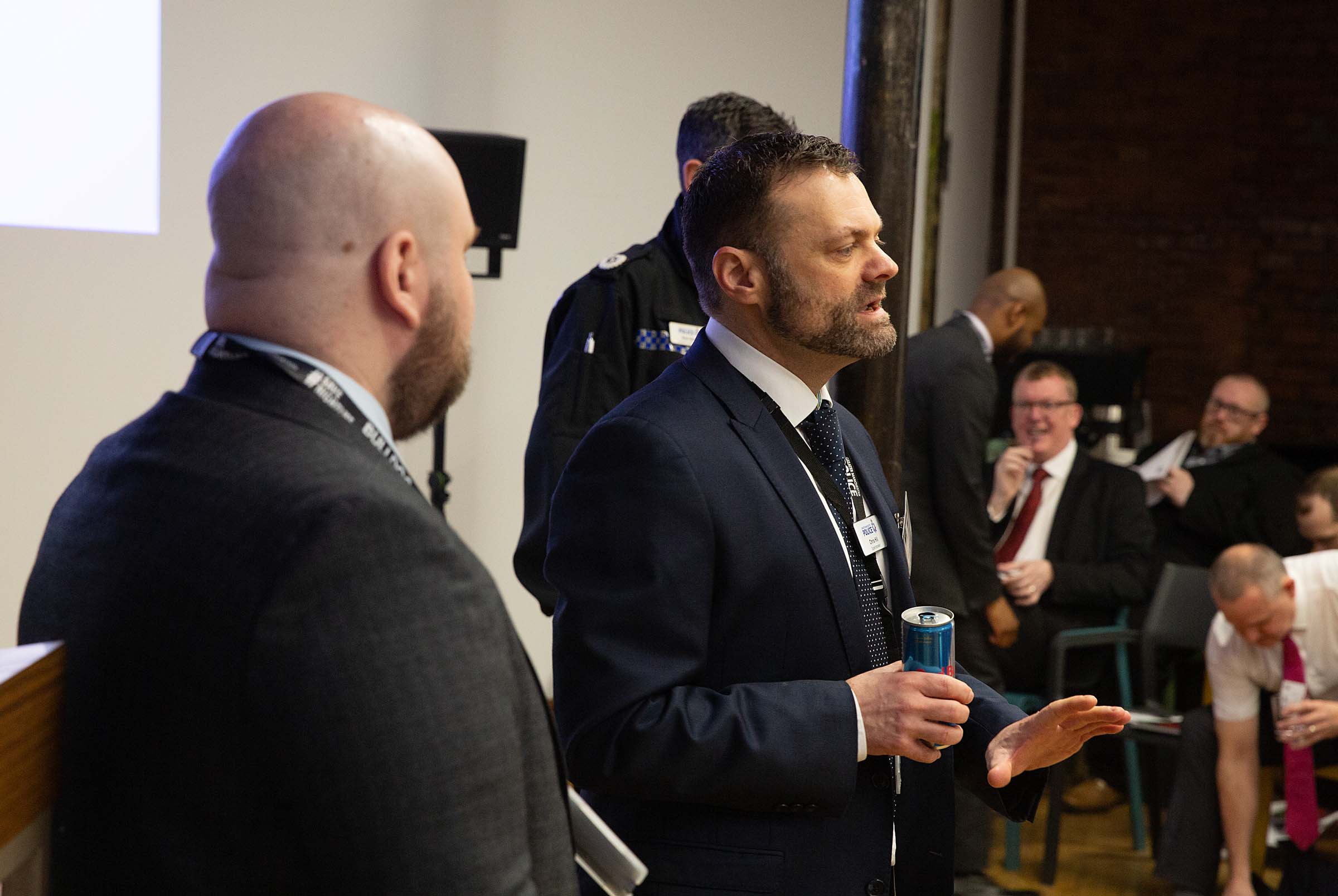 Initiated by Greater Manchester Police in conjunction with the Night Time Industry Association. The first of its kind, bringing together Police Forces and Key Stakeholders from across the country to discuss best practise, initiatives, and industry relationships.

Creating a platform for the Industry and Police to discuss some challnging subjects and work through methods to establish true collaboration, with a level of trust on both sides.

ACC Nick Bailey took time out from his busy diary to get the day underway with an insightful compare and contrast between GMP and Cheshire’s way of working and approach to policing the night time economy.

Following ACC Bailey’s opening, Superintendent Chris Hill GMP gave the hopes and expectation of the day ahead, and with no further aplomb the first speaker took to the stage.

The NTIA’s Alan Miller gave a philosophical input into developing 24 hour cities, and how a successful forward thinking night time economy can help a city prosper.  He was followed to the parapet by deputy PCC for the West Midlands, Ashley Bertie, who gave an impacting speech on how harm reduction in dealing with drugs can play an important part in reducing the threat to members of the public at festivals and how this practice could be adapted to the night time economy.

Sergeant Ben Coombs and his GMP team then took to the floor providing a hands on approach to how they manage their night time Operation Custodian, Ben featured problem solving case work with the water safety partnership after a tragic death in the city’s canal network, building relations with the door staff and security industry, and a multi-agency approach to improving public safety in the busiest street in the city.  Alan Isherwood gave two different approaches to reviewing a premises licence which generated debate across the room.

Following this Clare Myatt from the city council out of hours team then gave a round-up of the benefits of a partnership approach.

Manchester’s Gay Village was then highlighted, and the positive work the Village Angels carry out in the area, helping members of the LGBT community feel safe in the area during their night out. A video of a day in the life of a volunteer was also shown that featured in a national campaign; James Huyton provided a personal approach to the project throughout his talk.

Alex King and Rob Dyson from CityCo, who kindly supported the event by letting us use their facility and, provided an insight to great partnership work, and how the BCRP helps shape Manchester’s businesses and city centre approach to problem solving.

Gareth Worthington discussed the history of Manchester’s Pub & Club Network coming through the dark ages of organised crime to evolving to the present day, and the impact of the world’s most prolific rapist.

Nottinghamshire were the first visiting force to take the stand, with tea, coffee and the odd bag of Haribo keeping the audience fuelled.  Jo Cox-Browne supported by two Inspectors provided a Purple Flag inspired look at the City of Nottingham, quickly followed by West Yorkshire who provided an insight to their work in the night time economy.

One of the big positives of the day was that we are all have very similar tactics, and have similar initiatives in policing the night time economy, with each force having their own stand out problem solving approaches.

Lunch was welcomed at this point with a chance to refresh and refuel to what was a packed morning of speakers and inputs.

The SIA got the afternoon session running with an intelligence and case worker input; one of the big pluses is the arrival in 12 months of a new app that will see checking SIA licences on the doors much improved.

Inspector Charlotte Irlam gave an insight into how Merseyside police their city centre with a solid approach to premises monitoring using a Gold, Silver and Bronze rating to keep the licensees on their game.

Chief Inspector Steve Wykes then gave a hard-hitting, valuable insight to Operation Cloak, which targets vulnerability in the Newcastle city centre night scene, and how officers have adapted their approach to policing the night time economy; the resulting video clip engulfed the room.

Nick Morgan, from ‘We are the Fair’, gave a promoters approach of the difficulties working with different councils and police forces with no real consistency being applied.

Mike Kill CEO NTIA then provided a further talk on Smart collaboration, understanding the the challenges with personal accountability and business responsibility when operating events and venues.

Felicity Tulloch, a hugely respected lead solicitor from Kuits, took to the stand sharing her thoughts on Cumulative Impact Policy, and with shared thoughts from forces present, how badly they can affect the natural regeneration of a city centre.

South Yorkshire shared their night operation, and the leading work they have done with Smartwater, in terms of training and equipping the SIA door supervisors with the technique in their force.

Coventry Superintendent Phil Healy finished the day with a passionate input on how he is preparing for the incoming City of Culture year, and the huge challenges of their policing climate with gang activity and minimal staffing.

What I am really passionate about is creating a virtual network, where we can build some momentum about sharing ideas and successes. As the last hosts, we will arrange for that to happen; we will put something together where a force can simply share an idea with everyone else, as opposed to going through ourselves.

Finally, after starting as an idea many months ago, and after a lot of blood sweat and tears on the way by the city licensing team, last Fridays NTE table top was a huge success. With the involvement of 11 forces and numerous partner agencies, resulting in over 70 people attending, there were some fantastic ideas shared around the room about policing tactics today, and what can be done in the future.

We have been proud to host this event and thank you sincerely for your time and input to the day. We now hand the baton over to Northumbria for next year’s event and look forward to seeing you all then.