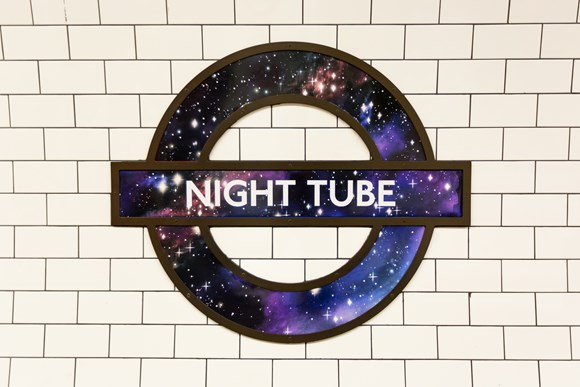 Transport for London (TfL) has announced that the Night Tube will be returning in time for the busy Christmas period after being suspended since March 2020 due to the pandemic. Services on the Central and Victoria lines will run throughout the night on Fridays and Saturdays from Saturday 27 November, providing more options for customers who need to travel at night either for leisure or for work, while also making journey times shorter and offering safer routes home for women, girls and all Londoners. TfL continues to run as many services as possible whilst seeking to secure the long-term, sustainable Government funding needed to go on supporting London’s recovery.

The Central and Victoria lines were previously two of the busiest lines on the Night Tube network and provide crucial links between large parts of London and the centre of the city. Restoring night running on these lines will help businesses like bars, clubs and restaurants as London’s night-time economy continues to recover following the pandemic. It will also provide a safe, quick travel option for Londoners and visitors looking to make the most of all the capital has to offer in the evenings, and those who need to travel to or from work at night.

TfL operates one of the most extensive night bus networks in the world and it continues to ensure everyone can travel around the capital whatever the hour. Well over a hundred routes currently run through the night, while licensed and regulated taxis and private hire vehicles provide door to door transport at all times of the day. The Tube continues to operate between approximately 05:30 and 00:30 through central London from Monday to Saturday, and TfL has started running some trains earlier on Sunday mornings to help customers travel at those times.

The Mayor’s Women’s Night Safety Charter also sets out guidance for venues, operators, charities, councils and businesses to improve safety at night for women – including better training of staff, encouraging the reporting of harassment and ensuring public spaces are safe. Over 600 organisations are now signed up, with more joining all the time. 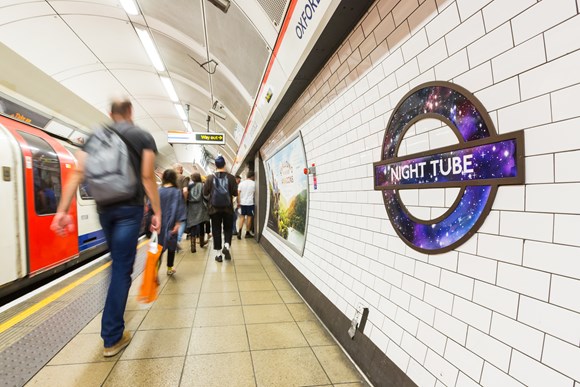 As London has begun to emerge from the pandemic, off-peak leisure travel has been recovering more quickly than other types of journeys, indicating that there is strong demand for services that run later into the night at the weekend. There is now regularly more than 55 per cent of journeys compared to before the pandemic on the Tube network on weekdays, but that has reached as high as 80 per cent at weekends, while ridership on buses is regularly at 75 per cent of pre-pandemic levels and on TfL rail services like London Overground it is around 60 per cent, with weekends reaching even higher. Overall TfL figures indicate that use of London’s public transport network is at around 70 per cent of pre-pandemic levels and that millions of Londoners are returning to the transport network, showing they have confidence that it is safe, clean and reliable.

The Night Tube was suspended during the pandemic because drivers have been needed to ensure that the Tube service during the day – where demand has been higher –  is as frequent as possible. Like other businesses across the city, London Underground was also impacted by staff absences due to the major disruption caused by the pandemic at a time when Tube ridership dropped by over 90 per cent.

The pandemic also affected TfL’s ability to train new drivers to replace those who have left. However, Night Tube drivers were recently offered the opportunity to convert from their part-time roles to permanent full-time roles, boosting London Underground’s ability to provide a good overnight service while also benefitting drivers and meaning overnight services can now resume on the busiest two lines. Training still needs to take place on the other Night Tube lines – the Jubilee, Northern and Piccadilly lines – so Night Tube services on those lines can return as soon as possible. The return of these lines also has to be planned around complex vital operational and engineering closures.

The Mayor of London, Sadiq Khan, said: “The reason why I was so keen to be the first Mayor in London’s history to start the Night Tube in 2016 and to restart it now, after the Covid pause, is because I know how important this is to London’s thriving night-time economy, to London’s recovery and to the confidence and safety of everyone travelling home at night, particularly women and girls. I am determined to make our city as safe as possible for all Londoners.

“That’s why I’m delighted to see the return of the Victoria and Central Night Tube lines next month, which will make a huge difference to people travelling around our city at night and making their way home, offering them an additional safe, reliable transport option. I will continue to work with TfL and the Government to do everything we can to bring back the full Night Tube network as soon as possible.”

Night Czar for London, Amy Lamé, said: “I’ve been working closely with TfL and the industry to bring the Night Tube back as soon as possible, and its return will be hugely welcome news to the capital’s night-time businesses which have been hit so hard by the pandemic. It’s fantastic to see London getting its buzz back, and the Night Tube offers a safe, quick way to travel across the city at night, whether you’re out enjoying the capital’s world-leading culture and hospitality, or one of the 1.6 million people that regularly work at night making your way home. I look forward to seeing the Victoria and Central lines back in action next month, with the rest of the Night Tube to follow.”

Nick Dent, London Underground’s Director of Customer Operations, said: “The return of the Night Tube will be a huge boost to the night-time economy and help our customers travel around London at weekends. The Tube has played a vital role during the pandemic and will continue to be vital to London’s recovery. We continue to run a regular, orderly and clean service at and will continue to work hard to return the full Night Tube network as soon as possible.”

Ros Morgan, Chief Executive, Heart of London Business Alliance, said:  “We welcome the reopening of two of the lines on the Night Tube as of next month. This is a vital next step in helping to get footfall back into central London, ensuring crucial transport services for workers and visitors to safely and enjoyably benefit from the best of its world-leading night-time economy.

Jace Tyrrell, Chief Executive at New West End Company, said: “West End businesses absolutely welcome the news that the Night Tube is returning, particularly ahead of our busy festive season when many businesses have later opening hours and we see a greater number of visitors at all hours across London. The safety of our customers and 150,000 colleagues is of paramount importance, and the Night Tube offers a much missed alternative for travelling around London safely. We hope that the reopening of the network will give Londoners confidence to travel around the capital in a safe, low crime environment.”

Michael Kill, Chief Executive Officer, Night Time Industries Association said: “The Night Tube’s return across the Central and Victoria line from the end of November is a welcome addition to London’s Night Time Economy infrastructure, and a step in the right direction. With a focus on vulnerability, and the safety of women at night, and thousands of night workers within London we must push to get the full service established at the earliest opportunity and open London’s late night economy fully to the public.”