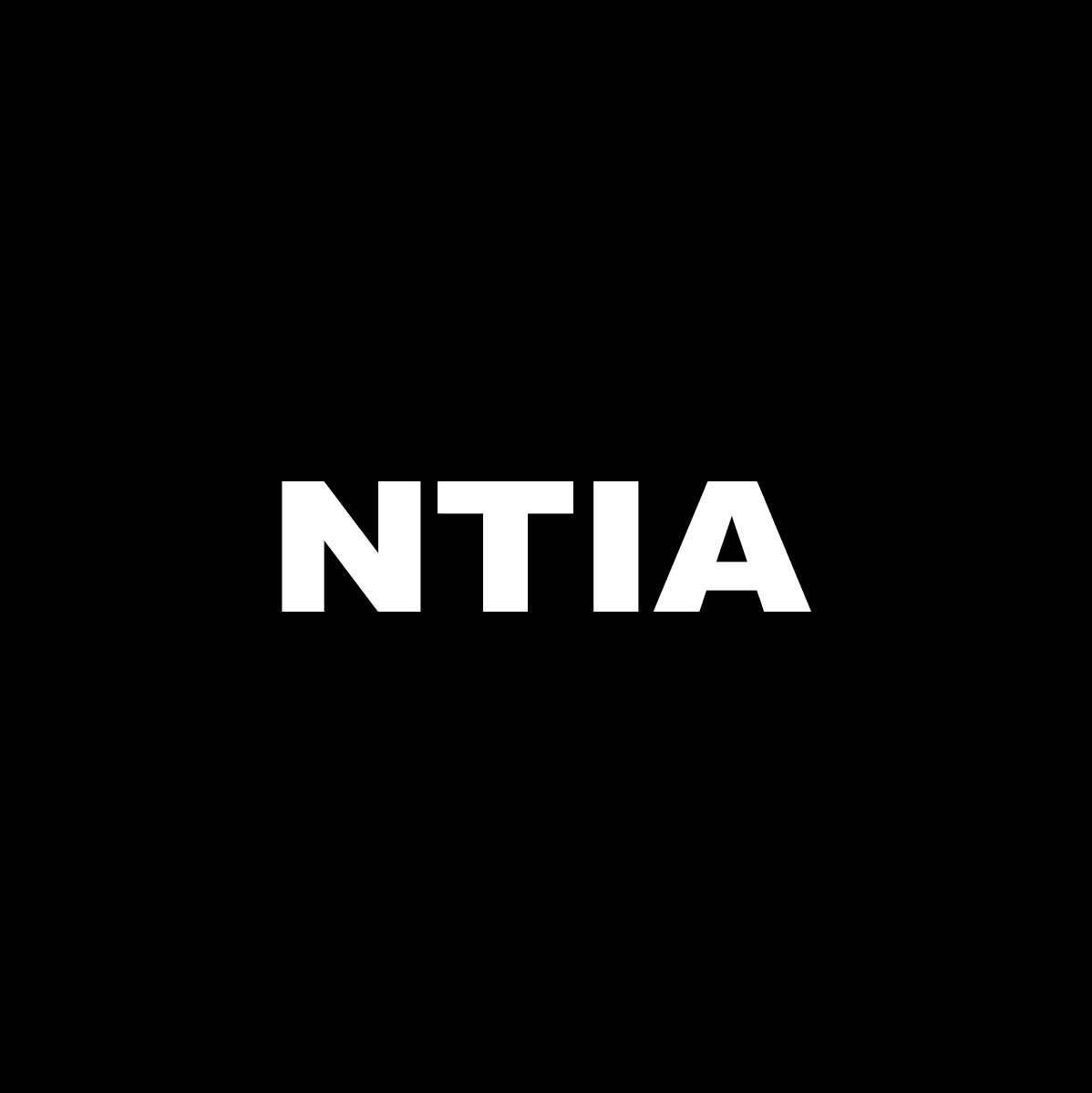 The Night Time Industries Association is a leading trade body with 1400 members representing over six
thousand nightlife businesses in the UK, including but not limited to: nightclubs, bars, live music venues,
festivals, pubs and supply chain businesses. These industries have been some of the hardest-hit businesses
throughout the Covid-19 pandemic and require specific fiscal measures to allow them to recover, rebuild
and drive the UK’s economic revival.

Pre-Covid, the night time economy was worth £112 billion to the UK economy per year, providing upwards
of 1.9 million jobs, the tenth largest employer in the UK. However, these thriving businesses were
devastated by the pandemic, with the APPG for the Night Time Economy finding in February 2021 that,
despite various support packages and the furlough scheme, nightlife businesses had been forced to make, on
average, 37% of their total workforce redundant.

The NTIA were pleased to note that BEIS and DCMS appear to recognise the value of the hospitality sector,
with a joint submission to the above APPG inquiry stating that the sector ‘was one of the first to recover
following the 2007 financial crisis, which helped to drive the UK’s recovery more generally’. With 60% of
town centre revenue generated after 6pm, it is vital that the night time economy forms a core part of our post-Covid recovery, and as an economic multiplier for towns and city centres, is able to return to its pre- pandemic strength. This will be important for both wider economic prosperity and to support the Government’s ambitions to reduce regional disparities across the UK.

The below proposals outline our key recommendations to ensure our sector remains not only viable, but is
able to thrive, given the extensive damage brought by over a years’ worth of restrictions on trade. We hope
the following recommendations will be considered and reviewed by the Chancellor as part of the upcoming
Budget and Comprehensive Spending Review.

In response to the pandemic, the Treasury helpfully provided a reduced rate of 5% VAT for the tourism and
hospitality sectors. While this has been a welcome respite for many businesses, the night time economy has
scarcely seen the benefits of these reductions.

The VAT reductions provided by HM Treasury apply only to food, non-alcoholic drinks and to ticket sales.
This means that commercial nightclubs and bars, offering admission on-the-door and serving ‘wet-led’
produce have been largely unable to benefit from the policy. This is particularly important given that these
venues have been some of the first to close and last to re-open throughout successive lockdowns, they have
seen their operations drastically change to meet Covid-19 regulations, for example, by ‘repurposing’ away
from ‘vertical-drinking’, and so have suffered greater losses than restaurants or food-led pubs. Despite this, government VAT policy is not commensurate with this fact. While we have welcomed the Government’s VAT
reduction, it has inadvertently widened disparities among industries within the sector and among small and large businesses, for example, where smaller high street venues are less likely to attract pre-booked ticket-
sales.

As such, we would propose that the VAT measures provided by the Government are extended to:

• Incorporate the door sales of venues

There is no material difference between a ticket pre-purchased for an event and an admission fee purchased
at the door of a venue, however current government measures impose an unhelpful distinction between the
two. This unfairly burdens those venues with operational models reliant on consumer spontaneity, such as
commercial nightclubs – businesses that also happen to have been the most adversely impacted by lockdown
measures.

A reduction in VAT for on-the-door entry fees would be an effective measure to provide nightclub venues a
cushion of cash-flow during the autumn and winter. The provision would be easily deliverable by expanding
the VAT mechanisms already in place and would be of great benefit to the Treasury by allowing venues to
grow their operations during the peak season.

The nightclub industry is particularly reliant on a winter season and venues take as much as 40% of their
annual profits in the months between Halloween and January. As effectively excluded from the VAT support,
nightclub businesses will have a weaker peak season, setting businesses up to fail in the summer.
We estimate the extension of VAT reductions on tickets to door sales will cost the Treasury around £25m,
however will help to sustain viable businesses on the brink of closure. Such measures align with the
Government’s priorities to drive jobs, growth and investment and protect people’s livelihoods.

As above, reducing VAT to 5% for food and non-alcoholic beverages has had a positive impact on businesses
across the sector however has had little impact on bars, wet-led pubs and nightclub venues. Due to their
unique operations, they have been excluded from otherwise generous support measures.
We would support the extension of the reduced VAT rate to alcohol sold within hospitality venues to
encourage trade and allow these businesses to recoup the losses of the last year. This would mean that all
businesses in the sector have a level playing field, rather than the VAT reductions supporting only a select
group.

We also believe such measures adhere closely to the Government’s ‘levelling up’ agenda, given that there
are significant regional disparities in towns and cities across the UK – with many venues in densely populated
urban centres lacking the space and resource to provide food.

The temporary reduced rate of 12.5% VAT is arranged to be implemented from October 2021 to March
2022. While we welcome the Government have prepared for this new rate to ease the transition back to the
full rate of VAT, we note that businesses across the night time economy have accrued debts, on average,
equal to three years of trading profits. Given these exceptional circumstances, and the fact that the full re-opening of nightlife was considerably later than other sectors, we believe that the reduced 12.5% VAT
rate should be applied until 2024 to reflect this.

We would like to see these measures coupled with an extension of business rates relief, currently at 66%
for the leisure and hospitality sectors, and continued for the same time scale.

2. NO INCREASES IN ALCOHOL DUTY

The Alcohol Duty Review comes at a particularly important time for our industry and its recovery from the
pandemic. Almost all of our members have struggled immensely in the last eighteen months, incurring losses
and trading at as little as 10% of their pre-Covid turnover. We understand that some have been calling for a differential between bottled and draught alcohol products to be introduced to favour the on-trade over at-
home drinking. We firmly believe that there should be no differential introduced between bottled and

draught produce for the on-trade and believe a more effective mechanism to support those aims would be
to charge the duty based on the location of the sale. We also strongly urge you not to increase alcohol duty.
Any plans to increase the duty on bottled beer would adversely impact several industries within our sector –
including nightclub, bars and festivals – by driving up costs. While pubs may benefit from a reduction in
draught beer duty, we would suggest that any reduction in beer duty should be felt across the entire

hospitality sector including venues in the night time economy. Bottled beers are paramount to the fast-
paced operation and proximity of customers within nightclubs and bars. As such, any reduction in draught beer duty cannot be offset by increases in bottled beer.

While almost two thirds of night time economy operators were insured for business interruption prior to the
pandemic, just 3% of venues were paid out by insurance providers before the FCA Insurance Case. Small
technicalities and the limited scope of commercial insurance policies have prevented thousands of
businesses from receiving pay-outs, payments continue to be patchwork across the industry, and there is a
real need to ‘future-proof’ the industry in the event of a future crisis.
NDML Insurance estimate that a ‘Crisis Re’ fund could be utilised to release financial support to businesses in
the event of a ‘crisis’ scenario, as declared and determined by the UK Government. This fund would be
formed from a combination of the existing Pool and Flood Re funds, currently estimated at approximately
£7bn, alongside an increase in the standard Insurance Premium Tax to 14% from 12%. This 2% increase, at a
standard rate applied across most insurance policies, would generate an additional £1b per year to augment
the fund.

This fund would sit alongside more traditional insurance covers in providing a financial safeguard for
businesses outside the remit of commercial insurance policies, and would stand in lieu of HM Government,
avoiding the need for direct tax-payer support in the event of crisis scenarios. Should such crises exceed the
£7bn reserved under Pool and Flood Re, HM Government would act as a guarantor, to be repaid by the fund
on an agreed timescale once the crisis had concluded.

NDML estimate that had Crisis Re been in place since 2010, the fund would have allowed every single
hospitality venue in the country affected by Covid-19 a one-off payment of £56,038.

4. YOUTH MOBILITY AND STRATEGY FOR EMPLOYMENT

Lastly, we would like to reiterate the importance of our sector as a talent pipeline for young people in the
UK. The night time industries are host to a large proportion of young workers, often starting work in our
sector as part-time employees and learning valuable skills as a springboard into careers in hospitality, the
creative industries and other sectors.

The night time economy is currently battling alarming staff shortages from front-of-house workers to the
supply chain and security industries. We have grave concerns for the long-term implications of this
instability, given that confidence in our sector is vital for long-term prosperity, and for venues to deliver their
operations. There is an urgent need for government strategy to address talent shortages in the workplace
and we would greatly value the extension of eligible countries under the Youth Mobility Scheme visa and the
introduction of government training programmes to encourage and nurture new opportunities in the night
time economy.