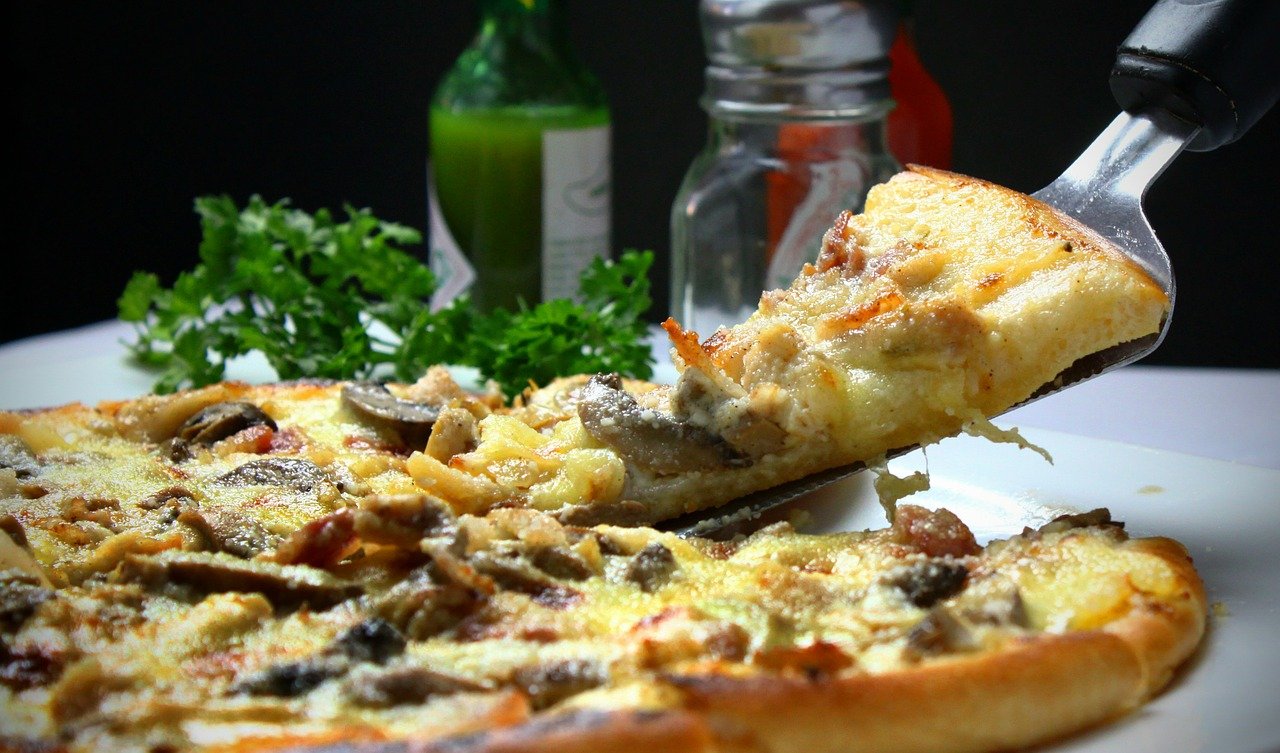 The Mayor of London’s year-long  Let’s Do London  campaign to bring people back to the capital kicks off its focus on the city’s diverse food and drink offering today with  London Eats.

London Eats celebrates the very best culinary delights central London has to offer. From cheap street food eats to fine dining, food markets to drinks festivals, exclusive interviews, food trails, surprise tannoy announcements on the Tube and the unveiling of new restaurant and street food market openings – there is something for everyone.

As Covid restrictions ease, with the government continuing with the roadmap but asking the public to be mindful of the ongoing pressures of the virus and new strains, and AS more restaurants open up, the Mayor Sadiq Khan will this morning be joined by celebrity chefs and successful restaurateurs, Monica Galetti and Angela Hartnett MBE at Geoff Leong’s Chinatown restaurant Dumplings’ Legend, to launch this food-focused part of his  Let’s Do London  campaign to promote central London and protect jobs in the capital.

The capital is the engine of the UK’s economy, but our retail, hospitality, culture and nightlife have been impacted hugely by COVID-19. By getting out and supporting them, while following public health advice, we can protect central London’s unique eco-system of shops, hospitality and world-leading cultural venues and boost our economy.

London Eats sees the coming together of some of London’s most famous chefs, hospitality venues and foodies to share their hidden gems, foodie trails and the must-try bars and restaurants they’re excited to get back to as London comes alive again over the summer. The series of insider tips features Indian-born British chef Asma Khan, French maître d’hôtel and star of Channel 4 ‘s First Dates Fred Sirieix and Masterchef judge Monica Galetti as they highlight the huge variety of food on offer in the capital.

A collection of passionate Londoners including an NHS worker and a city busker, alongside famous faces such as singer Jessie Ware, King of The Jungle and football legend Harry Redknapp, star of Drag Race UK Bimini Bon Boulash and restaurateur and Masterchef judge Monica Galetti, are sharing their favourite food hotspots with surprise tannoy announcements across central London’s Tube network – heard at stations including London Bridge, Covent Garden, Westminster and Euston.

Food and drink recommendations can be heard across the Tube network today (Monday 17th) and on the weekend of 22nd and 23rd May. They include James, a central London busker who recommends the Bahn Mi from Camden Lock; double Brit Award nominee Jessie Ware, who suggests Fitzrovia’s Charlotte Street for its sourdough pizzas; Jennifer, a London paramedic who loves the French galettes on Southbank; and Sadiq Khan himself, who says you can’t miss Borough Market for its bao buns and fish and chips.

London Eats  will also be highlighting the huge variety of different food and drink events coming to the capital in the coming months. They include:

We Love Sundays at Borough Market – for the first time in its modern history, visitors will be able to shop for produce at Borough for four hours every Sunday, running from 10am – 2pm from Sunday 27th June

Southbank Centre Food Market – returns with a huge choice of street food and drinks, this market is a must-visit whether you’re a certified food lover or just peckish.

Mercato Mayfair – look forward to welcoming people back to enjoy a delicious array of food and drink while listening to live jazz every Sunday afternoon throughout May and June.

Taste of London –– is back for a 10-day event in Regent’s Park this summer, kicking off on 7 July offering a myriad of food and drink stalls, cooking demonstrations and more.

Rosé Festival – opening today, a three-week Covent Garden piazza takeover for rosé and frosé lovers to rejoice in over 30 types of pink tipples (17 May – 6 June).

London Craft Beer Festival – coming to Tobacco Dock, beer lovers can expect a celebration of some of the best craft beers in the world, from over 100 breweries (13 – 15 August).

Eataly, Italian market and restaurants – check out the just-opened Italian food emporium just a stone’s throw from Liverpool Street station, where you can eat at their restaurants and counters, and shop more than 5,000 types of quality Italian produce.

The Mayor has launched his Let’s Do London campaign in response to the huge challenges faced by central London’s hospitality and cultural industry because of the impact of the pandemic. Recent City Hall analysis of forecasts by VisitBritain showed that consumer spending in central London by overseas tourists was £7.4 billion lower throughout 2020, while domestic tourists will have spent £3.5 billion less.

Pre-pandemic, the hospitality sector employed nearly 3.2m people UK-wide, with nearly 18 per cent of jobs based in London, providing work for 568,000 Londoners – or 10 per cent of London’s employment. Data from 2017 shows that nationally the hospitality sector generated £72bn in Gross Value Added to the UK economy, with businesses in London accounting for £16.7bn – considerably more than any other region in the UK.

The Let’s Do London campaign and events programme is bringing together the capital’s world-leading hospitality, culture, nightlife and retail venues to promote all London has to offer. The blockbuster events programme will run during all four seasons this year – kicking off with the capital’s famous chefs, foodies and hospitality venues coming together to promote and celebrate London’s unbeatable food scene as part of London Eats.

The Mayor of London, Sadiq Khan, said: “I’m proud to be launching London Eats as part of my Let’s Do London campaign – the biggest domestic tourism campaign the capital has ever seen.

“The hospitality sector has been one of the hardest hit by the impact of the pandemic with too many jobs lost and under threat. As THE GOVERNMENT CONTINUES WITH THE ROADMAP AND more businesses are able to open up, we are joining with famous chefs, foodies and hospitality venues to celebrate our city’s world-renowned industry. Together we will be sharing our favourite places to eat and drink in London and highlighting the huge range of exciting events and openings that will be taking place this summer.

“There is no doubt that our capital has the greatest food and drink offer in the world, and I’m proud to be getting the message out to Londoners and people across the country that the capital is ready and waiting to welcome you SAFELY once again.”

Chef and restaurateur, Angela Hartnett MBE, added: “These past 18 months have been some of the toughest our industry has ever faced, so I’m pleased to be supporting a campaign that is promoting a reinvigoration of tourism in the heart of the city. The experience of dining out is one that so many of us have greatly missed, particularly in London where there are endless opportunities to experience a plethora of food and drink, whether it’s at a Michelin starred restaurant or an understated but delicious street food joint. I, along with my fellow restaurateurs, can’t wait to welcome customers through our doors. Let’s Do London.”

Amy Lamé, London’s Night Czar, said: “The London Eats element of our Let’s Do London campaign champions our city’s diversity through food and drink.  Whether you’re after a quick bite and a pint or a five-course meal with fine wine, London has something to satisfy all tastes and appetites during the day and at night. London Eats spectacularly showcases the capital’s unique food and drink offer. We can’t wait to welcome everyone back SAFELY to our bars and eateries this summer.”

Kate Nicholls, CEO of UKHospitality , said: “After a year of crisis in hospitality, London Eats is just the boost we need, to remind people that it’s safe to come to London and enjoy the best gastronomy that the planet has to offer. London now has hundreds more reasons to visit, with something for everyone – you may not be able to travel around the globe but you can transport yourself through eating out across the capital. London has it all on a plate, and now it’s serving it up for everyone.”

Darren Henaghan, MD of Borough Market, said: “One of London’s greatest strengths is the vast wealth of opportunities it offers for sharing the pleasures of eating and drinking. Here at Borough Market, we really missed the buzz that comes when people gather together to enjoy good food, and we’re thrilled to see it returning as restrictions ease.”

Ian Dodds, Director, KERB and Seven Dials Market: “We’re all really excited to get going again, and across our two big summer happenings – Seven Dials Market, and KERB National Theatre – we’re showcasing a delicious spread of brilliant food operators for Londoners to come and try after so many tough, tedious months of home cooking and meal kits. Keep an eye on our socials across the summer as we unveil more events, happenings and new projects through our new social enterprise and under the ‘Tastes Like London’ banner. Start building that appetite!”