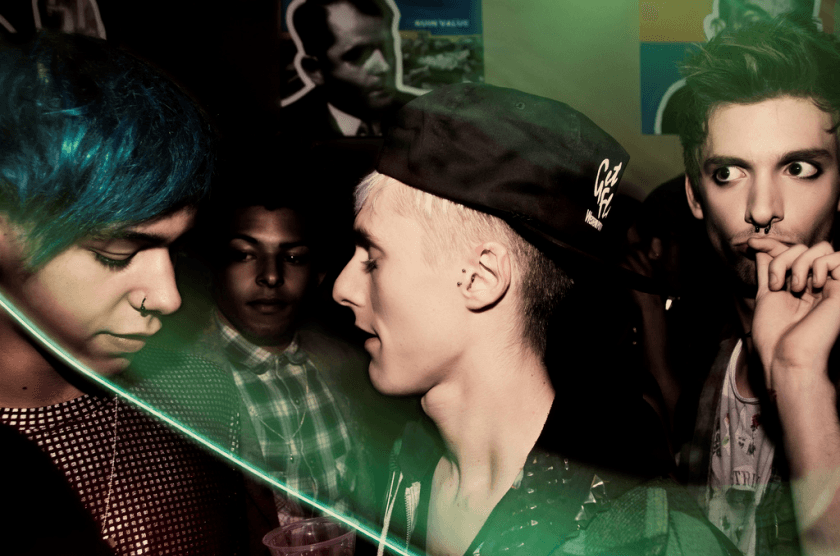 Despite recent revelations about the UK’s nightclubs, London is still one of the best places in the world to party: just ask any of the thousands of international clubbers who fill its venues every weekend.

From big clubs like Ministry of Sound or fabric, which host a couple of thousand people every weekend, to the likes of Dalston Superstore and nearby Dance Tunnel, which pack a couple of  hundred into their more intimate venues, London remains a worldwide centre for having a good time.

But its freedom to dance is under threat. An early draft of Hackney council’s new Licensing Policy review document, which details how any future applications will be handled, showed that late licenses for any new veues that want to open in the borough would be “not considered appropriate”:

Tellingly, that wording didn’t last very long. A later version of the document clarified that venues will have to close no later than midnight – or 1am, if they’re a restaurant. While Hackney is becoming a dining destination, its fame comes from dance venues that have barely got going at 1am.

Yesterday evening, though, things suddenly changed. The council released a statement, announcing a new proposal to maintain the current licensing arrangements for 2016, pending a re-consultation on an updated policy later in the year. The reason given for this sudden change was an unspecified “minor error” in the original document. It’s not entirely clear whether the earlier drafts of the policy really had contained significant mistakes, or whether Hackney Council is just making a u-turn and looking for a way to get out of Dodge.

Either way, the fact this discussion is necessary shows that Hackney council doesn’t understand the source of its own borough’s success – and how the night time culture actually works.

Steve Ball is the founder of the Columbo Group, which runs Shoreditch’s XOYO, plus The Nest in Dalston and an upcoming Brixton venue, Phonox. Without new licences, he told Dalstonist back in July, the local scene would stagnate:

“Hackney is built on its creativity and being seen as one of the most dynamic, diverse and creative boroughs in London,” he said. “A vital part of that is the constant regeneration of its nightlife. This policy is going to stop that regeneration… It will remove from young entrepreneurs the opportunity to do things differently.”

It’s in response to things like this row that the NTIA – or the Night Time Industry Association – has arrived on the scene. Its mission is to combat the excessive regulatory impulses of councils that see nightlife as a problem, and not as one of London’s great cultural and social assets. According to the NTIA’s own “Forward Into The Night” report, the UK’s night time economy turns over £66bn a year, and contributes nearly 6 per cent of national GDP.

The NTIA was launched back in May, with members from ranging from clubs like fabric and Bloc, to restaurants like Bodeans and seminal live venues like the 100 Club. But the recent revelation of Hackney Council’s attitude to nightlife – dismissed as mere “jargon” by councillor Emma Plouviez, the chair of Hackney’s  Licensing Committee – is just the latest skirmish in Hackney’s struggle with the industry that has fuelled the regeneration and gentrification of the borough.

First, it made Shoreditch a Special Policy Area in 2005, limiting local nightlife by stating that late licenses would only be given “in exceptional circumstances”. Dalston also become an SPA in 2014, despite an overwhelming number of those surveyed saying they didn’t want that to happen.

A man who knows all about this struggle is the NTIA’s chairman, Alan D Miller. He’s co-founder of Brick Lane’s Vibe Bar and the Old Truman Brewery complex, and spent nearly 20 years as a venue operator. But he closed up shop in 2014, having had his fill of London’s over-regulation.

“What I learned is that it doesn’t matter how long you’ve been somewhere, how much experience you have or how much you’ve improved the area,” he explains. “You as a venue operator can still end up being seen as the problem…. What happens is that people are caught up in an old mentality and it’s an easy fix to blame the night time economy.”

The key to what the NTIA wants for its members is parity with other businesses. As Miller puts it, “If someone behaves badly in a bank or on a motorway, they don’t all get penalised and neither should we. We need to be treated like any other industry.”

He adds that many of the “crime spikes” seen around venues are almost entirely about mobile phone theft. “Imagine if you told the British public that the biggest challenge today in [London] policing was mobile phone theft…”

Dan Beaumont, one of the co-owners of Dalston Superstore and Dance Tunnel and one of the directors of the NTIA, puts its arguments into a local context. “We need to help the decision-makers to understand that, actually, nightclubs are really part of Hackney’s cultural capital.” That’s been true ever since the borough was formed in 1965, the same year, coincidentally, when seminal London reggae club The Four Aces opened.

“You can tell the story of Hackney through its nightclubs,” Beaumont adds. “The Four Aces, The Blue Note, the Bricklayers Arms, 333 – these are places that are part of our shared history. If we regulate them out of existence then we are all the poorer for it.”

One of the first people to publicise the #NotConsideredAppropriate hashtag, Beaumont explains it as “a real illustration of the gulf in perspective that we need to try and overcome”.

“I think there are certain crimes that are associated with late night venues, and we can’t pretend that that’s not the case,” he says. “But if we accept that people should have the freedom to enjoy [themselves] and that activity brings cultural, social and economic benefits, then we should look at the negatives within that context – and not try and shut down a vibrant and important part of city life.”

Shain Shapiro, of Sound Diplomacy and the Music Cities Convention, is an expert on the part music can play in urban planning (and writes on those subjects for this publication). How does he think we should bridge this gulf in understanding?

“I think for things to change for music and the night time economy, you need to have music become a part of the bigger debate,” he explains. “What I’m aiming for is for music to be considered like anything else is – like transport, for example, music should be part and parcel of that, a spoke in a bigger wheel.”

The Music Venue Trust, the charity behind the mayor’s Music Venues Taskforce, has called for a full Agent of Change law in the UK. That would mean that the person or business responsible for a change is responsible for managing the impact of that change – in other words, the responsibility for noise dampening in new flats would lie with developers, not with long-existing venues.

There is possibly legal precedent for this, judging from the deal Ministry Of Sound struck with Englewood developers back in January 2014.  At the time, the Evening Standard reported then that Englewood had agreed “to incorporate high levels of noise reduction features including acoustic glazing, sealed windows and internal ‘winter gardens’” to address concerns about noise complaints. Residents will effectively also “‘sign away’ their rights to complain about noise through a specific reference in their deeds”. Were such a policy to become universal, it’d do much to protect London’s nightlife.

This is about more than just going clubbing in Dalston – it’s about Londoners having the freedom to enjoy themselves and their city, away from restrictions that seem to prioritise the needs of a few vocal residents over those of the many.

There is still time to tell Hackney what you think here, before the consultation deadline of Friday 14 August. You can also support the NTIA and We Love Hackney, a group of local businesses and Hackney residents who want to make sure their borough remains a social and cultural hotspot we can all enjoy for years to come.