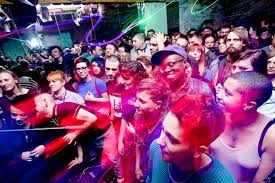 Hackney Council has outlined a “borough wide hours policy” that would prevent the opening of any new late-night bars or clubs.

As Dalstonist reports, an early draft of the council’s new licensing policy sets out the acceptable opening hours for local venues, with pubs and bars to close at 11pm, or midnight on weekend evenings, while nightclubs were simply described as “not considered appropriate”.

The policy has since been rewritten to bring clubs in line with pubs and bars, closing at midnight on the busiest nights on the week – just as the Tube is set to start running around the clock.

Emma Plouviez, chair of the council’s licensing committee, said: “The proposed changes to the licensing policy do not mean that we won’t grant new licenses. They provide guidelines intended to help secure well-managed, appropriate and attractive venues in all the different areas of Hackney.”

But as Dalstonist points out, the council has already described nightclubs as “not appropriate” for the borough.

The move follows the introduction in 2013 of a Special Policy Area (SPA) in Dalston, part of the wider Hackney borough, which made it virtually impossible to obtain a licence for a new late-night venue.

The council and the police maintained at the time that the East London hotspot had reached “saturation point”, with 148 alcohol-licensed businesses and 63 selling late night booze. The SPA was brought in as a response to residents’ complaints about noise, litter and sirens from increased police and ambulance callouts.

As it did in 2013, the council is consulting the public on its plans to extend the SPA. But in 2013, more than 84% of respondents said they were against the proposal, and it was brought in anyway.

The new proposals would affect Hackney Wick, where several new clubs have sprung up in recent years, including Bloc (formerly Autumn Street Studios) and Shapes.

A campaign to get the council to recognise the importance of Hackney’s nighttime economy has been launched byWeLoveHackney.org – sign up to keep up to date.

Hackney’s clubs are to be shut by midnight on weekends

Hackney’s clubs are to be shut by midnight on weekends