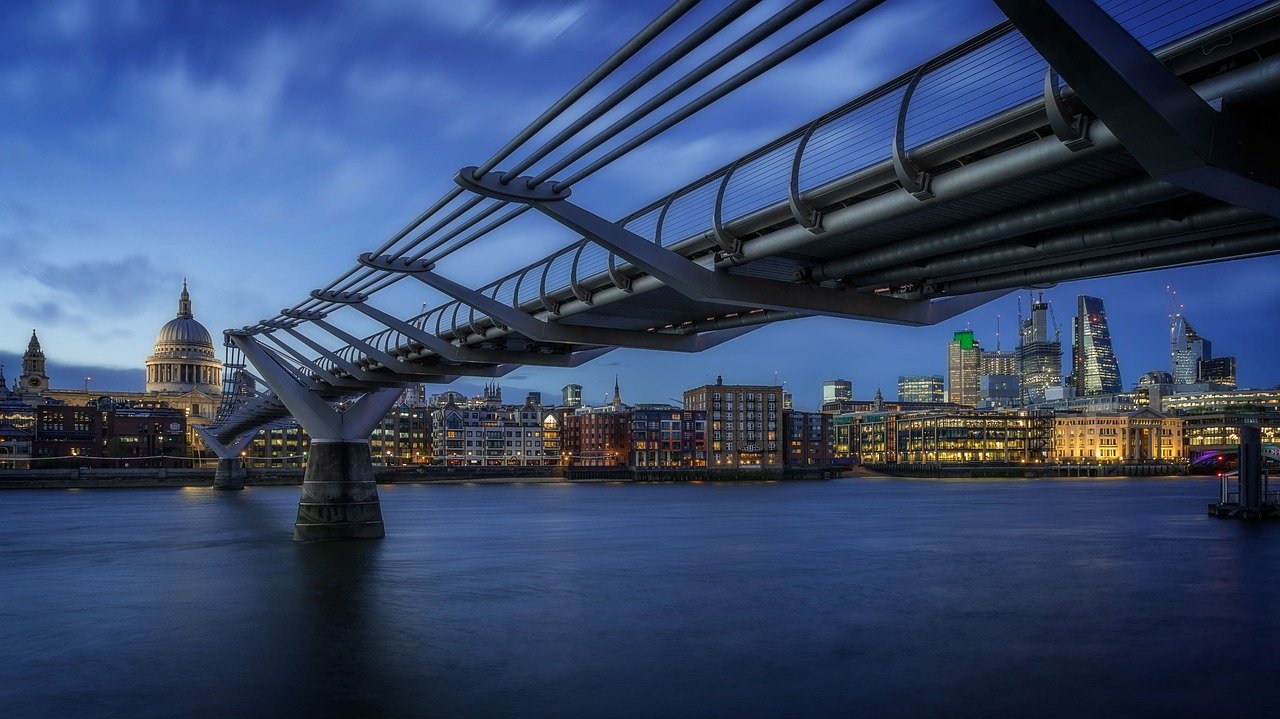 The Mayor of London, Sadiq Khan, has published a new interim report into the future challenges and opportunities facing central London, which has suffered a sudden and rapid reduction in footfall due to the COVID-19 pandemic.

Sadiq commissioned the research from Arup with Gerald Eve and the London School of Economics to help City Hall and its partners understand the emerging trends that might affect London’s city centre economy, including cultural and economic changes that may become the new normal as the city recovers.

Many businesses and jobs in London’s global business, commercial and cultural centre, known as the Central Activities Zone (CAZ), are facing an existential threat due to the growth in home-working during the pandemic, the need to socially distance, unprecedented restrictions on hospitality and cultural venues and events, and the collapse in tourism. In the long term, however, the report concludes that the central London ecosystem is well placed to recovery strongly with the right policies in place.

London’s CAZ faces a bigger challenge than its counterparts in many other major cities such as New York and Paris, due to much lower numbers of people living in the heart of the city and our greater reliance on visitors, including tourists and workers. City Hall analysis of forecasts by VisitBritain showed that consumer spending in central London by overseas tourists was £7.4 billion lower throughout 2020, while domestic tourists will have spent £3.5 billion less, and commuters £1.9 billion less than in the previous year.

According to the new analysis, London’s arts and cultural sectors are particularly at risk, including our night time economy. The interim report predicts that in the worst-case scenario, with continued, repeated lockdowns, 97 per cent of the economic output of West End arts & culture could be lost. In even the best-case scenario 10 per cent of economic activity of west end arts and culture could be lost. Overall this sector employs 26,000 across the CAZ.

Another sector that faces continued challenges is retail, with COVID accelerating the impacts already being felt from increased online shopping and the added impacts of reduced footfall due to home working and reduction in tourism.

According to the report, people returning to the CAZ once the pandemic is over will give retail, hospitality and culture sectors a much needed boost, but there is a risk that many venues will have closed permanently before then. The report argues that offices will not leave the CAZ in huge numbers – but that many businesses will seek to improve the quality of their office space in order to encourage more workers and clients to use it – something that will be vital for the ongoing viability of neighbouring businesses in retail and hospitality. The report argues that London’s night-time economy may need to expand with shops, museums and essential services extending their opening hours in response to Londoners’ changing working habits.

The Mayor has called on the Government to improve and extend their support for businesses in retail, hospitality, leisure and culture. In the short term, the Mayor is calling on ministers to urgently extend the business rates holiday beyond March and the furlough scheme beyond April. Without the certainty that support will remain in place for as long as it is needed, many more business owners could decide to cut their losses and close permanently.

Given the huge contribution of tourism to London’s economy, the Mayor believes that once the vaccine has been widely administered and restrictions lifted, the UK will require the biggest tourism campaign the country has ever seen, with a particular focus on the capital – one of the biggest draws to the UK for international travellers.

The capital’s economy accounts for a quarter of the UK’s total economic output and before the pandemic contributed a net £38.7 billion to the Treasury. The Mayor is urging ministers not to take for granted the future growth of London. This includes calling for a series of urgently needed reforms to the business rates system to support the capital’s long-term economic recovery, including devolving power and accountability for raising the taxes needed to provide local services.

And Selfridges paid more business rates in 2019-20 than 19 shire districts collected individually – including Richmondshire district council which covers the bulk of the Chancellor’s constituency. Before the Covid-19 pandemic, London was due to generate more than £10 billion in gross business rates – a third of the national total.

The Mayor of London, Sadiq Khan, said: “Central London’s mix of shops, restaurants, nightlife, museums and galleries is one of the city’s unique selling points, and attracts millions of tourists every year. But COVID has had a devastating impact on central London’s economy, with retail, hospitality, culture and night time industries bearing the brunt.

“When London thrives, the whole country thrives, so supporting our city’s businesses to survive the coming months will be absolutely vital. This must include the continuation of the furlough scheme, the business rates holiday, and the hospitality VAT reduction. With the right support from the Government, more businesses will survive and contribute to what this report shows could be a rapid recovery, once tourists and commuters return in numbers.

“London’s brand is an amazing global asset for the UK, and the income it generates is vital to the whole country’s economy. That’s why everything possible needs to be done to support the city’s recovery from the pandemic. But ultimately with tourist spending down by over £10 billion last year as a result of the COVID pandemic, our economic recovery as a city and a country will require the biggest tourism campaign that our city and country has ever seen, alongside the restoration of tax-free shopping for international visitors. Ministers can’t take for granted that once restrictions are lifted things will simply return to normal.”

Jace Tyrrell, Chief Executive at New West End Company, said: “The pandemic has, so far, wiped out a year of trading for our businesses in London’s West End, and while we push to work toward a sustainable recovery, we are not blind to policies that will hold our businesses back. We fully support the Mayor in his calls to urge Government to continue the business rates freeze beyond April 2021, with the hope that this will lead to eventual reform of this antiquated tax system that is causing viable businesses across central London to suffer.”

“But this pandemic will not see the end of the West End. Businesses and local authorities alike have rallied to protect the future of this global hub, and indeed it has a bright future ahead if given the right support from Government as it recovers. With further financial aid from Government, combined with Westminster City Council’s ambitious £150 million Oxford Street District transformation project and new investment from a diverse mix of occupiers, we are confident that the West End will once again become the economic powerhouse it was before the pandemic, reinventing itself in a forward-thinking, sustainable and adaptable way, and cementing its status as the most diverse, sustainable and inspiring place to visit and do business.”

Cllr Georgia Gould, Chair of London Councils, said: “Boroughs are extremely concerned by the severe and continuing pressures placed on London’s economy by Covid-19. The dramatic scale of the economic downturn and job losses has a massive impact on the communities we serve.

“We welcome the interim findings of this research, which highlight that the Central Activities Zone is hugely important for the success of the whole of London and indeed the wider UK economy. As well as a route map for recovery, the government must commit to continued support for businesses, including targeted business rates and VAT relief beyond March. Failing to act will only make the damage worse and longer lasting.”

Matthew Dillon, City Economics Leader at Arup, said: “The impact of COVID-19 on central London has been severe, and without urgent action, there is a risk of significant scarring to the Capital’s vibrant and diverse culture and leisure sectors.  These industries contribute a great deal to London’s character and economy, as well as employing significant numbers of Londoners.  With targeted interventions now, these hugely valuable industries can receive a much-needed boost, and help assist in London’s, and the UK’s recovery.”

The report being published today is an interim report. It can be viewed here – https://www.london.gov.uk/sites/default/files/future_of_the_central_activities_zone.pdf

The final report, which will contain more policy recommendations, is due in Spring.

The report confirms that the Mayor’s Recovery Board is taking the right steps by determining a clear agenda for London to deliver on. London’s business and community groups have come together with the Mayor and leaders of London Councils to formulate nine ‘missions’ for all of London, which apply to the success of the CAZ.

The report is the first phase of this recovery mapping work looking into the issues that the central London area is facing, and the trends that are likely to develop. Following this, the focus will shift to exploring potential policy solutions to help the centre of London evolve and adapt to potential shifts and transitions in a further report to come.

Nine ‘missions’ designed to tackle economic and social issues head-on have been agreed by London Recovery Board members following collective thinking from local authorities, health and care bodies, business groups, trade unions, the voluntary sector, academia, national Government and other bodies. As part of the decision-making process, Londoners have informed the priorities and content of the missions through a mass public engagement exercise using the Talk London platform, which currently has nearly 60,000 users.

The missions aim to restore confidence in the city, minimise the impact on London’s communities and build back better the capital’s economy and society.