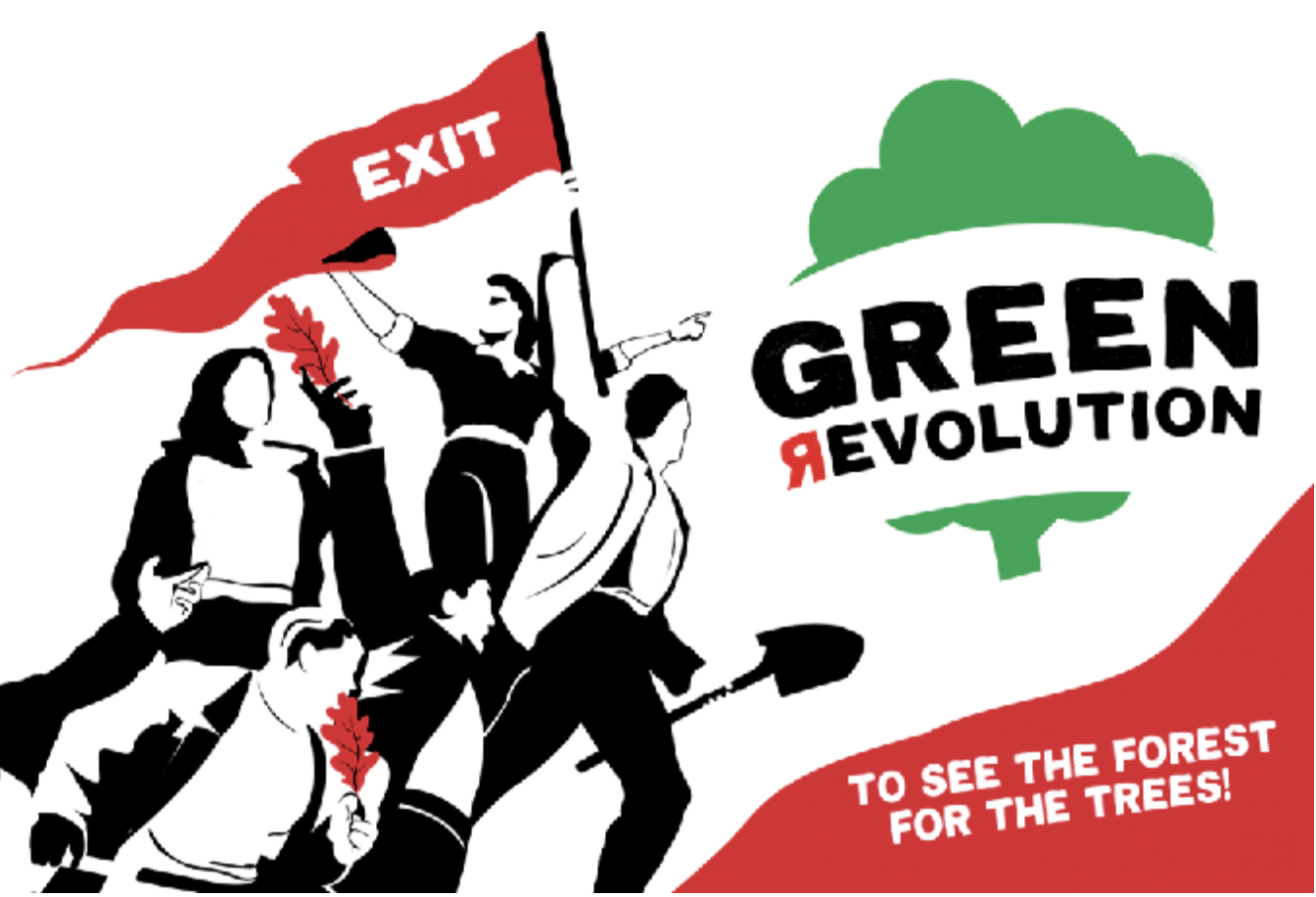 That music can indeed help change society is not a new idea for EXIT, the award-winning music festival that started two decades ago as a youth movement for peace and freedom in Serbia and the Balkans. Twenty years later, the Serbian Government has just adopted EXIT’s Green Revolution initiative in which the Festival juggernaut, backed by several local environmental organizations, calls for the mass reforestation that will increase the country’s forest cover by almost 50%.

The Serbian Government has begun developing strategic plans for countrywide mass planting actions according to which Serbia’s forest cover is expected to increase from the current 28% to at least 40% of the country’s total surface area. This increase means that the Government has pledged to plant almost 1 billion trees in the years to come:

“Serbia is willing to do its share to fight climate change. We are committed to European Green Deal and with the support from our EU partners we hope to accomplish this very ambitious goal” – said on this occasion Prime Minister of Serbia, Ana Brnabić.

EXIT’s plans don’t stop there as this is considered only as of the first step at home, while the true goal the festival has set is to push this initiative onto a global level. Various scientific researches in recent years have shown that deforestation alone causes an increase in the total carbon dioxide emissions bigger than all the transportation put together! It is estimated that the planet reforestation increase from current 30% to at least 40% of Earth land surface could be a key factor along with other efforts in fulfilling the global goal of Net Zero CO2 Emissions by 2050. EXIT Festival has recently received the support of the President of the European Commission, Ursula von der Leyen, for the reforestation of Fruška Gora mountain in Serbia. In her open letter, she highlighted that environmental protection is the highest priority of the European Union and announced the Green Deal initiative that aims to make Europe the first climate-neutral continent.

In order to further contribute to this goal, EXIT plans to gather and give visibility to numerous environmental organizations, throughout the globe, at its big 20th-anniversary edition taking place from the 9th to the 12th of July 2020 at the colossal Petrovaradin Fortress in Novi Sad, Serbia. They will be joined under the EXIT Festival’s project symbolically called LIFESTREAM, in which live broadcasts from selected performances will take on an innovative approach. For the first time in the festival world, the live streams will feature additional footage with environmental videos and messages. Be-side raising awareness on climate change and environmental crisis, audience from all over the world will be able to choose the organizations to which they wish to donate directly. This way, people will be able to nominate and support their local environmental organizations as well as choose to help those who are at the global forefront. EXIT plans to develop LifeStream as open-source platform and share it with other festivals and events who want to support the cause. The pilot edition of LifeStream was launched last October in Amsterdam during ADE with a special DJ set of leading breakthrough duo Artbat and the support of Greenpeace.

Started as a student protest in 2000 fighting for political change and freedom, EXIT is still an NGO (Non Governmental Organisation), one that promotes change and positive education, supporting many community and humanitarian missions, while throwing a damn good party.

Just a short ride away from the Serbian capital Belgrade, the magical Petrovaradin Fortress set high on the banks of the river Danube in Novi Sad provides the perfect setting for the EXIT Festival. The award winning festival has something for music lovers of all genres with a diverse mix of artists performing on numerous stages connected by cobbled streets, ramparts and tunnels.

Also renowned for it’s amazing atmosphere and energy the Dance Arena champions the who’s who in the electronic music world set in the awe inspiring moat of the fortress, it’s that special moment when the suns rays shine over the fortress walls and your favourite tune is belting through the soundsystem and into your soul!

EXIT continues to deliver the most adventurous and value for money festival experiences in Europe whilst striving to bring the best talent possible with the challenges that a non-profit brings, all while playing a vital role in bringing together the new nations of former Yugoslavia, war-torn by the events and it is the social importance of the Festival that made it unique and globally recognised. Music is a universal language that connects and brings people together to make the world a better place. EXIT. Where hedonism meets activism.

Changing Perceptions Of The Night-Time Industry

Changing Perceptions Of The Night-Time Industry