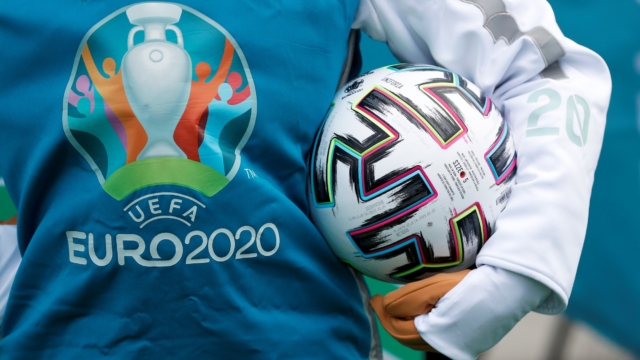 The British Beer & Pub Association (BBPA) has today revealed that 85% of pub-going football fans believe the current restrictions will negatively impact their experience of watching UEFA Euro 2020 at the pub this summer.

The finding, from a survey of 1,000 pub goers conducted by KAM Media on behalf of the BBPA, illustrates the impact ongoing restrictions are having on the viability of pubs and to everyday lives, the trade association said.

In the same survey, 91% of pub going football fans said they missed watching the football at the pub when they were fully closed during lockdowns. However, half said they would be more likely to watch UEFA Euro 2020 at their pub if all restrictions on pubs are lifted.

At present, pubs are required to ensure one metre plus social distancing is in place, operate table service only and ensure that face masks are worn other than when sat at a table inside or if outdoors. Group sizes are also limited indoors to just six people and bar or standing drinking is not permitted anywhere.

The BBPA says these restrictions are particularly problematic for pubs showing UEFA Euro 2020 as they greatly limit the number of guests they can let into their pub to watch games and in turn their sales of pints and food.

Football matches, especially tournaments, have long been crucial to the pub sector with fans of various teams flocking to their local each weekend to watch matches with friends. During World Cup 2018, which saw England progress to the semi-final of the tournament, BBPA figures show that an extra 40 MILLION pints were sold in pubs on top of normal trade.

As more and more individuals across the UK receive their vaccination, and to give Brits a return to normality and enjoy such a national occasion as UEFA Euro 2020 properly, the BBPA is urging the Government to remove all restrictions for pubs on June 21st.

It says this is needed because the damage the restrictions are having on the viability of pubs, brewers and hospitality businesses are impeding their recovery and threatening their very survival. It also says that if England, Scotland or Wales proceed to the later stages of the tournament, it will give more fans a chance to enjoy the occasion properly.

The trade association has launched its “Countdown to Freedom” campaign urging the Government to remove restrictions on pubs and the wider hospitality sector on June 21st.

“When it comes to watching England, Scotland or Wales at the Euros, only being at the game itself can compare with being at the pubs.

“Unfortunately, under the current restrictions they face, watching the Euros at the pub just won’t be the same as normal. Table service only, groups of up to six indoors and no standing drinking are going to crush the atmosphere.

“85% of pub-going football fans believe the current restrictions will ruin the Euros experience at the pub. Half say they will be more likely to watch UEFA Euro 2020 at their local if all restrictions on pubs are lifted.

“It is a great shame as we know 91% of pub going football fans missed watching the game at the pub during lockdowns. Clearly people miss these freedoms they used to take for granted.

“More and more people are getting the vaccine each day. It’s time for the restrictions on our freedoms to be replaced by the protection of the vaccination and for businesses and life to get back to normal. The Countdown to Freedom is on.”