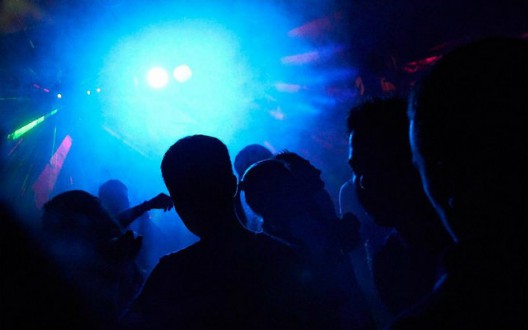 Hackney Council has declared war on the borough’s nightlife

The council wants to stop any new bars or clubs from opening after 11pm in the week and midnight at weekends.

The great thing about London is that it’s like several cities in one. Westminster is packed with boutique shops and restaurants. Kensington & Chelsea is home to the Natural History Museum and the V&A. Haringey…well, Haringey has a massive IKEA.

In Hackney, we’ve got the nightlife. The borough is known internationally for its bars and clubs. The nightlife scene is probably Hackney’s biggest success story in recent years. Which makes it all the more baffling that the council is going to destroy it.

Hackney Council recently published its Draft Statement of Licensing Policy. It makes for pretty dull reading, until you get to page 16, where the council outlines its ‘borough wide hours policy’. This sets out the acceptable opening hours for any new venues.

What about pubs, bars, music and dance venues? They all have to close at 11pm in the week and midnight at weekends.

Emma Plouviez, chair of the council’s licensing committee, says: “The proposed changes to the licensing policy do not mean that we won’t grant new licenses. They provide guidelines intended to help secure well-managed, appropriate and attractive venues in all the different areas of Hackney.” Which, on the face of it, sounds reasonable enough. But really, it all hinges on your definition of “appropriate”.

Helpfully, we already know the council’s definition. An early draft of the policy contained a section dedicated to nightclubs and dance venues (see below). It gave a simple verdict. “Not considered appropriate.” Anywhere in the borough. The table was later rewritten and the phrase removed. Does that mean the policy has changed? “No, not at all,” says Jonathan Downey, the man behind Street Feast and venues including Rotorino. “They’re trying to hide what their true intentions are; that they don’t want any more late bars, clubs or dance venues.”

Nightclubs have now been lumped in with music venues, theatres and cinemas, which have to close at 11pm in the week and midnight at weekends. What kind of nightclub closes at 11pm?

This is disastrous for Hackney’s nightlife. With no new venues opening, the scene inevitably goes into decline. And what happens when a bar or club closes, to be redeveloped as flats? How are those venues going to be replaced?

Steve Ball, chief executive at The Columbo Group, which runs The Nest, The Cat & Mutton and XOYO, says: “Hackney is built on its creativity and being seen as one of the most dynamic, diverse and creative boroughs in London. A vital part of that is the constant regeneration of its nightlife. This policy is going to stop that regeneration. We want young creative entrepreneurs coming in and eventually pushing out the old guard. It will remove from young entrepreneurs the opportunity to do things differently.”

This all started back in 2005, when the council made large parts of Shoreditch a ‘special policy area’, or an SPA for short. It meant that licences for new venues would only be granted in “exceptional circumstances”. Last year, Dalston was also made an SPA. Now, with its borough wide hours policy, the council is effectively turning the whole of Hackney into an SPA, at least as far as late-night bars and clubs are concerned.

The council gives all kinds of reasons why these measures are necessary.Here’s one example: “Nationally, evidence has been found of the sexual exploitation of children taking place on licensed premises.” Let’s translate that ludicrous argument: “Won’t somebody please think of the children!?”

The main reason comes down to crime and anti-social behaviour. But this relies on the assumption that licensed venues lead to crime, rather than the possibility that crimes tend to occur in any area where there are lots of people.

Dan Beaumont runs Dalston Superstore, Voodoo Ray’s and Dance Tunnel. As he says: “I’ve looked at crime maps and, as far as I can tell, the largest numbers of crimes in Dalston happen in the car park of Sainsbury’s and in Gillett Square. Now, I don’t want to close down Sainsbury’s…”

At a meeting of the council’s Living in Hackney Scrutiny Commission this week, it seemed that the policy is based largely on conjecture. On several occasions, Hackney’s licensing officers were asked whether there was any evidence to support their proposals. For example, is there any proof that certain types of late-night venue encourage anti-social behaviour more than others? The answers came back that while the council has no actual evidence, anecdotally, everything stacks up.

How is this acceptable? Walk into any Wetherspoons and you’ll find strongly held and anecdotally-proven views that a few pints at lunch is good for your health. Strangely, it’s not yet public policy. Maybe that only happens if you work at the council?

Operators of late-night venues say they have offered to work with the council on a vision for the future of Hackney, only to be ignored. Instead, this policy appeals to a vocal minority of residents who oppose the borough’s nightlife, while ignoring the majority who want to see it thrive.

“You have a licensing policy which is in direct conflict with the reality of the way people in a modern city behave,” says Beaumont. “It would seem to me that it would be much more effective to regulate reality rather than regulate a middle class fantasy.”

It’s hard to imagine that places like Dalston would be thriving as they are today were it not for venues such as Superstore and The Alibi. Mark Shaffer is the man behind The Alibi and other venues including The Macbeth. “Hackney Council does not take the night time economy seriously,” he says. “They underestimate the role that the night time economy had in the redevelopment of Hackney. Like Mr Magoo in a car, they are suffering from an illusion of control.”

Either the council is unaware of the contribution that the night time economy has made to the borough’s success. Or maybe it just doesn’t care.

The council is keen to stress that it wants to hear the public’s views on its plans. We know what that means. Back in 2013, the council consulted on its plans for the Dalston SPA. More than 84{123878aea732704bec6fd3a27db46f2e84ea6a6c9b762dd353db05b7a6b2f79b} of people who responded said they were against the proposal. The councilintroduced it anyway.

This time, perhaps the outcome will be different. If not, the council has a fight on its hands. “We will do everything we have to, to stop this,” says Downey. Several bar and club operators have pledged to take legal action if the policy goes through, a scenario that everyone hopes won’t be necessary. But the consultation in Dalston is still fresh in everyone’s minds. Downey continues: “We can’t let that happen again.”

Respond to the council’s licensing consultation here.
Find out about the campaign against the proposals atwelovehackney.org